The news, social media, real life – we see evil around us and we are distressed. How can we not fret? It doesn’t seem like the evil-doers are “withering”. It seems like they are flourishing.

Sometimes, I simply have to trust that God will do what he says. They will be punished for their evil. Whether I see that happen or not – and in the meantime I mustn’t fret. I must strive to overcome evil with good.

2018 has come and gone.  All that was brought to pass is done – and it cannot be undone.

I pray that we will all make 2019 the year when we commit to love God with the very essence of our being and that we show love to others in such a way that they will, without a doubt, see the love of Christ.

With so much going on in the world right now, sometimes it’s easy to get caught up in it all and feel stressed.  Then I remember this:  God is still in control and the things that happen here are just a blip on the journey to eternity.

“So do not fear, for I am with you; do not be dismayed, for I am your God. I will strengthen you and help you; I will uphold you with my righteous right hand.”

Whatever my lot, thou has taught me to say

(It Is Well With My Soul, Horatio Gates Spafford) 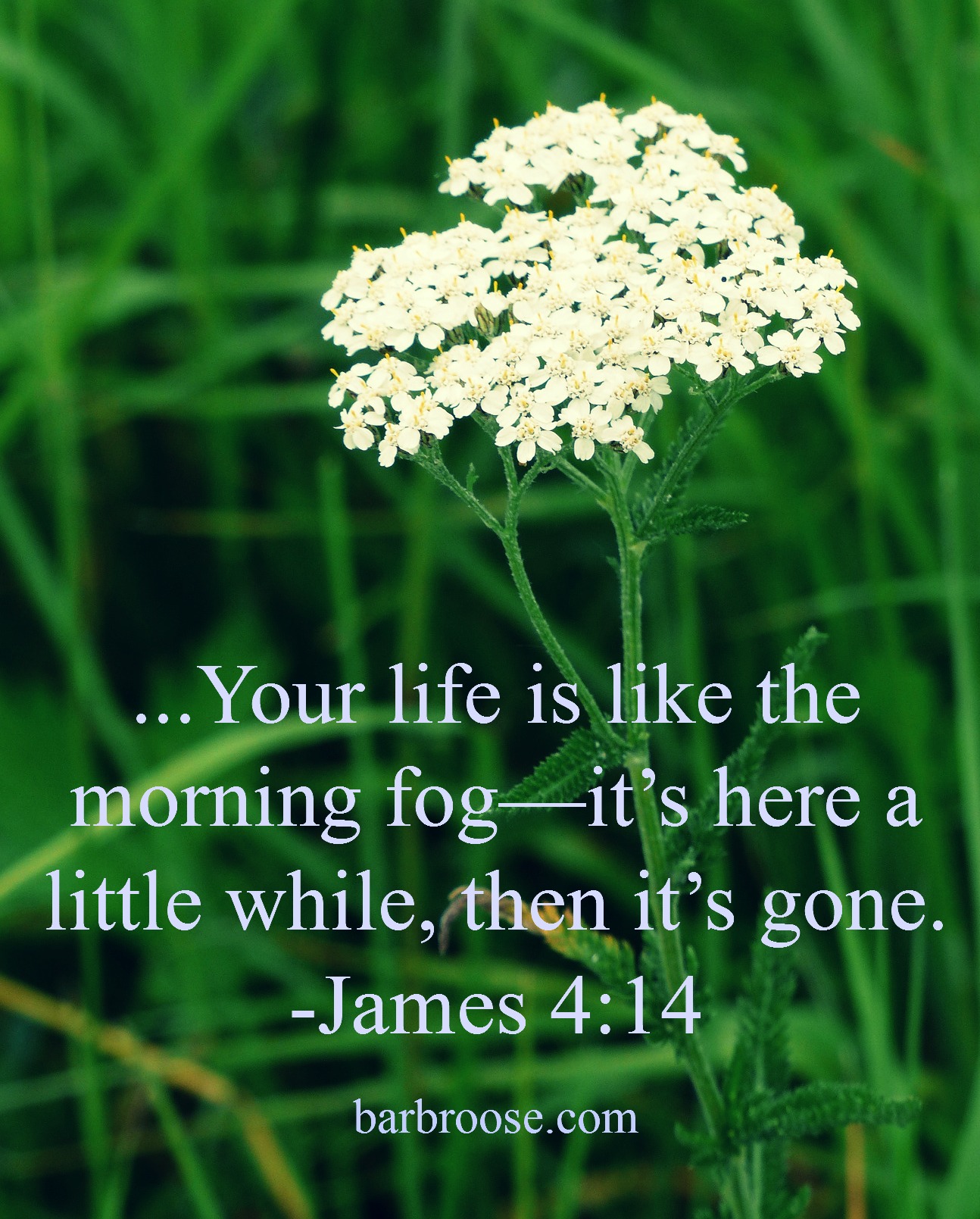 This past week I have been, once again, reminded of the brevity of our time here on earth.

Two precious women were taken by death, one very unexpectedly – at 24 years old-due to a tragic auto accident.  The other,  passing at 59 after a long battle with cancer.

I would say the 24-year-old did not know, when she woke up that morning, that it would be her last day in her earthly body.  The 59-year-old was well aware that soon she would see Jesus, as her battle with cancer had been a long one, and her earthly body was tired and worn-out.

Of course, all who were touched by their beautiful lives are saddened by the void that will never be filled here on this earth. However, the one thing both of these godly women had in common is that, while they lived,  their lights shone brightly for Jesus.  And while both families mourn the loss they are comforted in knowing that their loved ones souls now rest eternally in the arms of Jesus.

I Corinthians 15:53-56  “For the perishable must clothe itself with the imperishable, and the mortal with immortality.  When the perishable has been clothed with the imperishable, and the mortal with immortality, then the saying that is written will come true: “Death has been swallowed up in victory.  Where or death, is your victory? Where, O death, is your sting?  The sting of death is sin, and the power of sin is the law.  But thanks be to God!  He gives us victory through our Lord Jesus Christ”.

Hi. I’m Lillie. Welcome to Treasures in Jars of Clay.

I'm striving to make my little piece of the Internet a better place. One of my favorite quotes comes from Anne Frank. It's truly impactful to me, especially considering the circumstances she found herself in.
"Everyone has inside them a piece of good news. The good news is you don't know how great you can be! How much you can love! What you can accomplish! And what your potential is."